Chopard has been located at the Viennese Kohlmarkt since 1989 and one could say they laid the cornerstone for the “luxury mile”. Other luxury companies from the watch, jewellery and fashion industry moved here one by one. The exclusive boutique concept from Chopard was implemented worldwide with much success in just a few years and therefore created an independent, global sales network. Chopard boutiques were created according to the corporate identity at all locations; traditional wood work with artistic inlays and an inviting fireplace made of marble were some of the typical decorative elements that gave off a warm atmosphere.

A completely new store concept developed by the known architect Thierry Despont was introduced in 2007 with the opening of the Chopard flagship boutique in New York, 709 Madison Avenue. The new boutique interior should bear the style and long history of the brand, but simultaneously show the bravery to innovation and a feeling for modern trends.

The successful concept was also implemented in the Chopard boutique in Vienna in 2011. The impressive 150 years of the finest handicrafts and Savoir-faire as well as the magic of the brand can be experienced by the customers behind the doors of the new shop.

Chopard currently has over 120 independent boutiques and 1,600 sales points throughout the world. 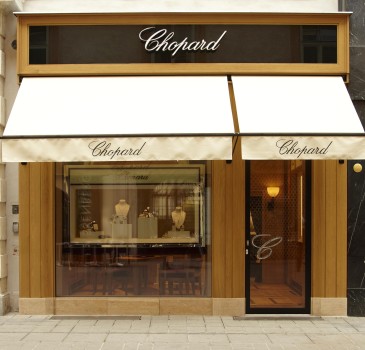 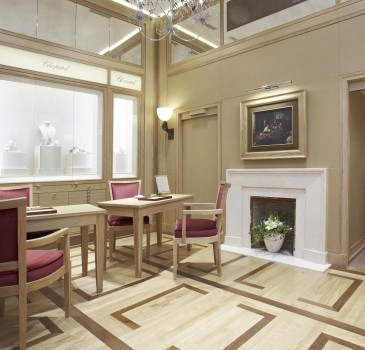